Dogs just continue to amaze us with their loyalty and courage.

Haley Moore was walking her dog, Clover, a Maremma Sheepdog mix, when she passed out and fell onto the ground.

The very brave dog stood in the middle of the road in front of an oncoming car to compel the driver to get help for Haley.

You can also watch the video on Air TV.

Why aren’t America’s network TV or New York Times or Washington Post or any corporate news media asking this question?

We know the answer.

This is the man with his finger on the nuclear button — a frightening thought.

Dr. Ahmed was trained through the Royal Australian College of Psychiatrists and Sydney University where he completed his medical degree. He works in private practice at the Hills Clinic, a public facility at Bankstown Community Health, and visits jails for forensic assessments. He is the author of two books, The Exotic Rissole and Fragile Nation, and a columnist for the Australian Financial Review on non-financial matters. He has sat on multiple boards and held elected office. He lives with his wife and two daughters in Sydney, Australia. 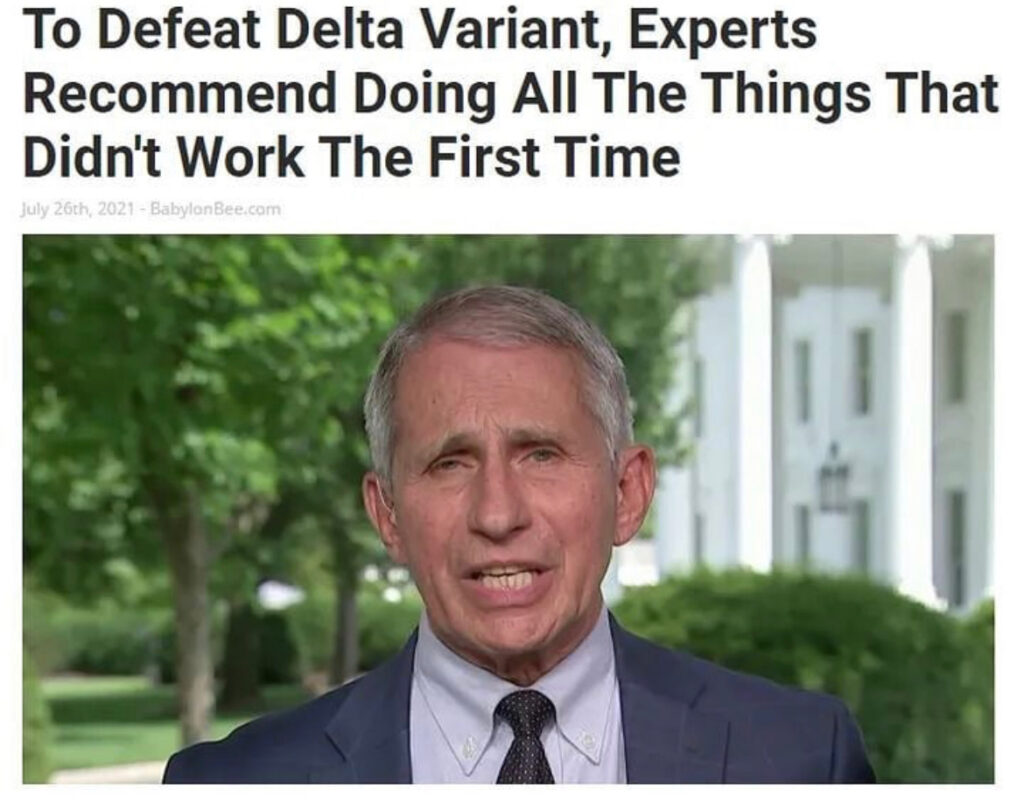 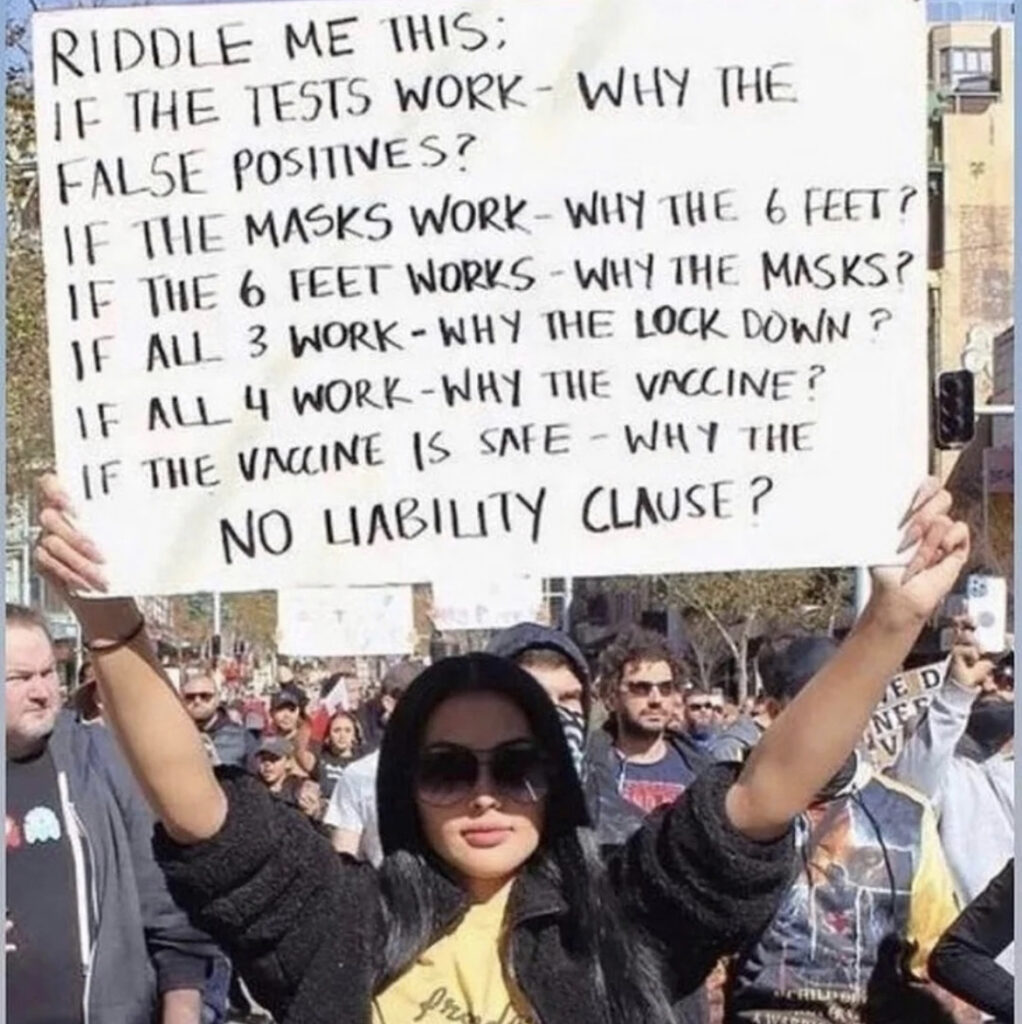 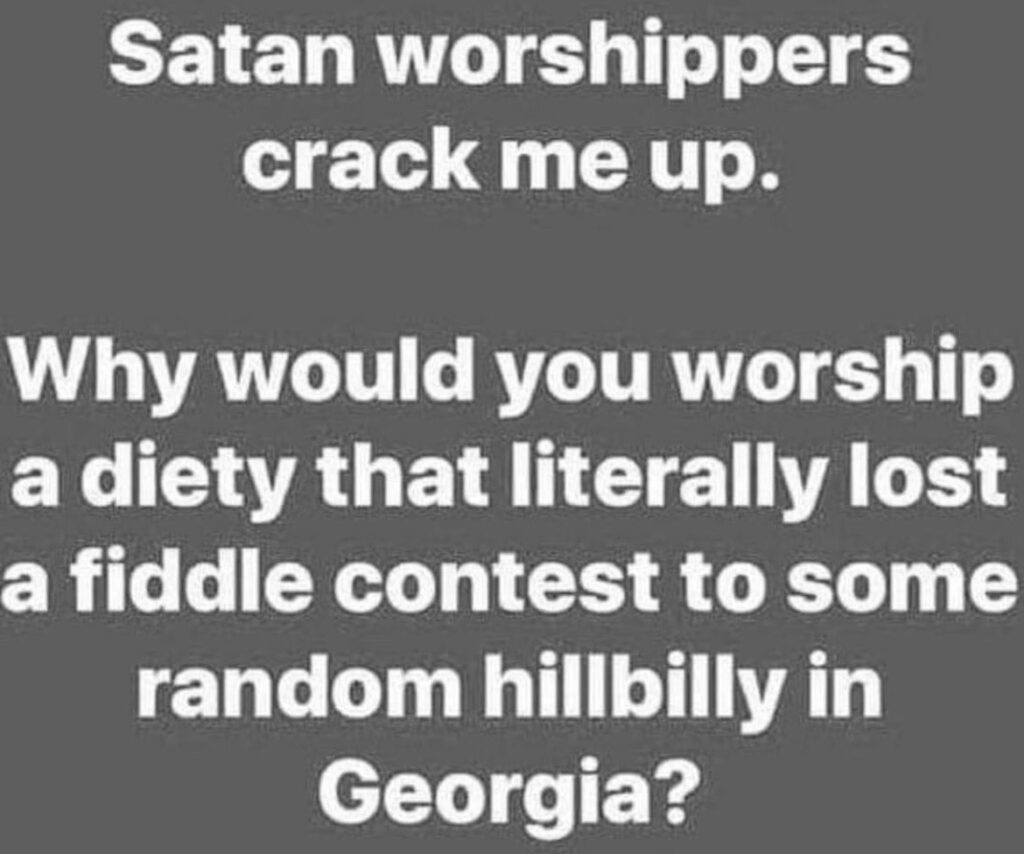 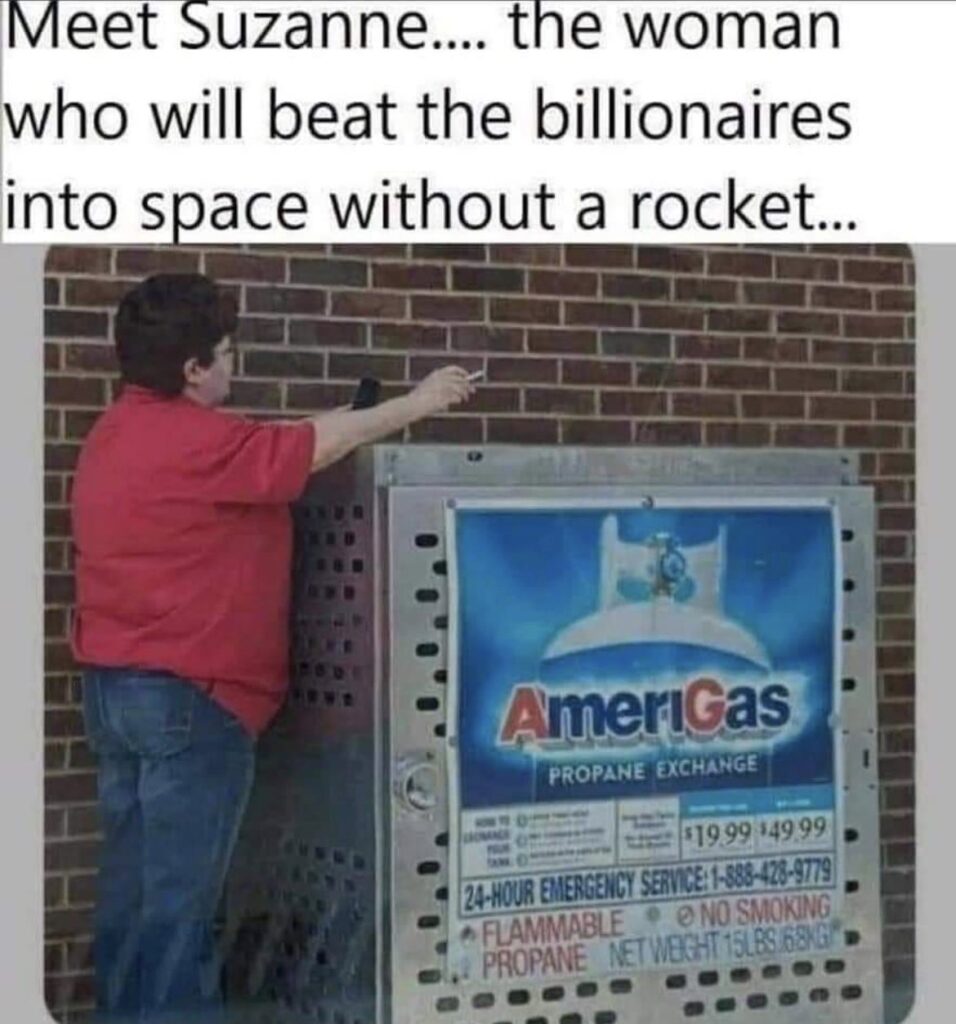 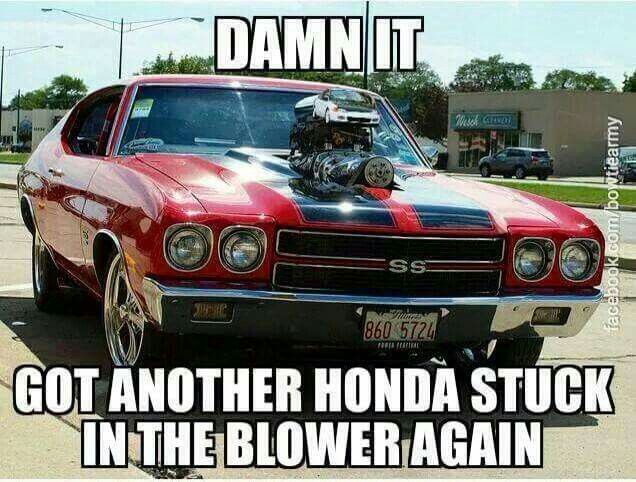 Sunday Devotional: So that nothing will be wasted

Jesus went across the Sea of Galilee.
A large crowd followed him,
because they saw the signs he was performing on the sick.
Jesus went up on the mountain,
and there he sat down with his disciples.
The Jewish feast of Passover was near.
When Jesus raised his eyes
and saw that a large crowd was coming to him,
he said to Philip,
“Where can we buy enough food for them to eat?”
He said this to test him,
because he himself knew what he was going to do.
Philip answered him,
“Two hundred days’ wages worth of food would not be enough
for each of them to have a little.”
One of his disciples,
Andrew, the brother of Simon Peter, said to him,
“There is a boy here who has five barley loaves and two fish;
but what good are these for so many?”
Jesus said, “Have the people recline.”
Now there was a great deal of grass in that place.
So the men reclined, about five thousand in number.
Then Jesus took the loaves, gave thanks,
and distributed them to those who were reclining,
and also as much of the fish as they wanted.
When they had had their fill, he said to his disciples,
“Gather the fragments left over,
so that nothing will be wasted.”
So they collected them,
and filled twelve wicker baskets with fragments
from the five barley loaves
that had been more than they could eat.
When the people saw the sign he had done, they said,
“This is truly the Prophet, the one who is to come into the world.”
Since Jesus knew that they were going to come and carry him off
to make him king,
he withdrew again to the mountain alone. 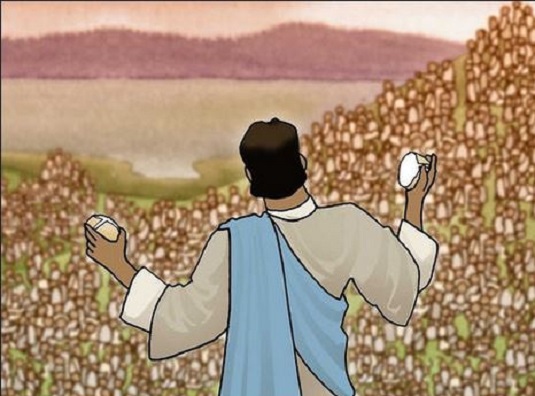 God, being the Creator, has power over His creation, including material objects.

According to the chronicling in the Gospels, Jesus’ first public miracle was the changing of water into wine at a wedding.

The above account in John 1 is another instance of a public miracle by the Second Person of the Triune God — the multiplication of two fish and five loaves of bread into numbers sufficient to feed five thousand people “to the fill,” with leftovers.

We are all familiar with the account of the loaves and fish, but what is often overlooked is Jesus’ frugality:

When they had had their fill, he said to his disciples,
“Gather the fragments left over,
so that nothing will be wasted.”

The dictionary defines “frugality” as “the quality of being frugal, or prudent in saving; the lack of wastefulness”.

Americans, however, are infamous for our wastefulness.

Take food, as an example. 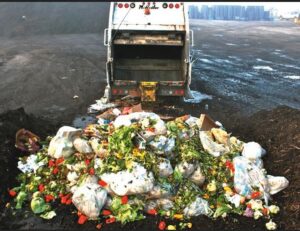 According to the U.S. Food and Drug Administration (FDA), the United States throws away more food than any other country in the world: 133 billion pounds and $161 billion worth of food in 2010, or 30-40% of the entire U.S. food supply.

Wasted food is the single largest category of material placed in municipal landfills and represents nourishment that could have helped feed families in need. Additionally, water, energy, and labor used to produce wasted food could have been employed for other purposes.

In fact, according to Recycle Track Systems, Inc. (RTS), a waste and recycling management company, food is the single largest component taking up space inside our landfills, making up 22% of municipal solid waste.

It never ceases to amaze me how much food Americans leave behind on their plates in restaurants — food that can be brought back home in “doggie” bags. I  have to suppress my impulse to retrieve the leftover bread on plates, so that I can then break into crumbs for the sparrows and other birds that inhabit our urban landscape.

While I am generally a frugal person, I still manage to waste food because I buy too many veggies that I end up not eating before they rot in the refrigerator. There are at present in my refrigerator a bag of broccoli and a small bag of “baby” carrots that I will need to discard. Aargh!

May the peace of love of Jesus Christ our Lord be with you, 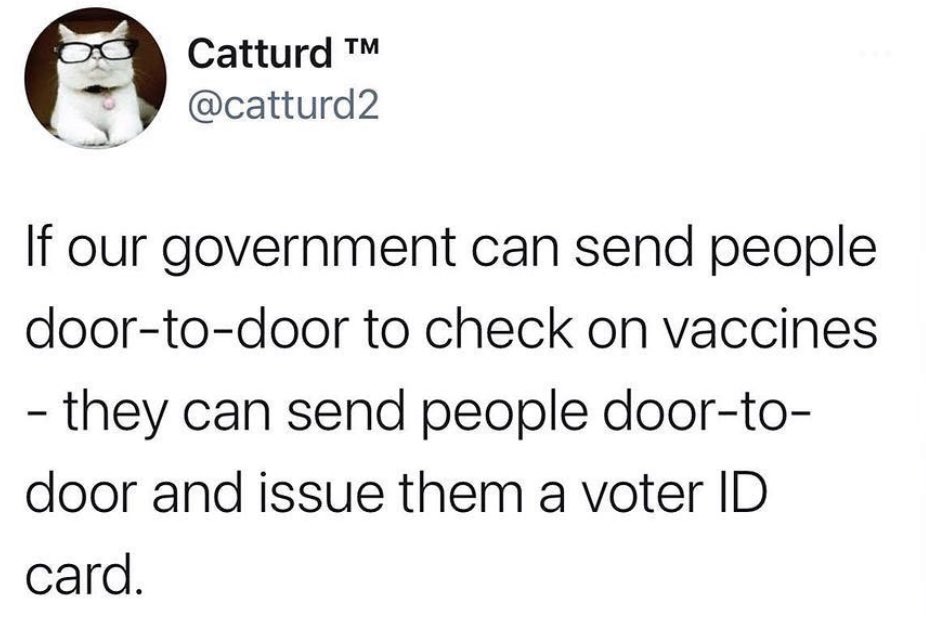 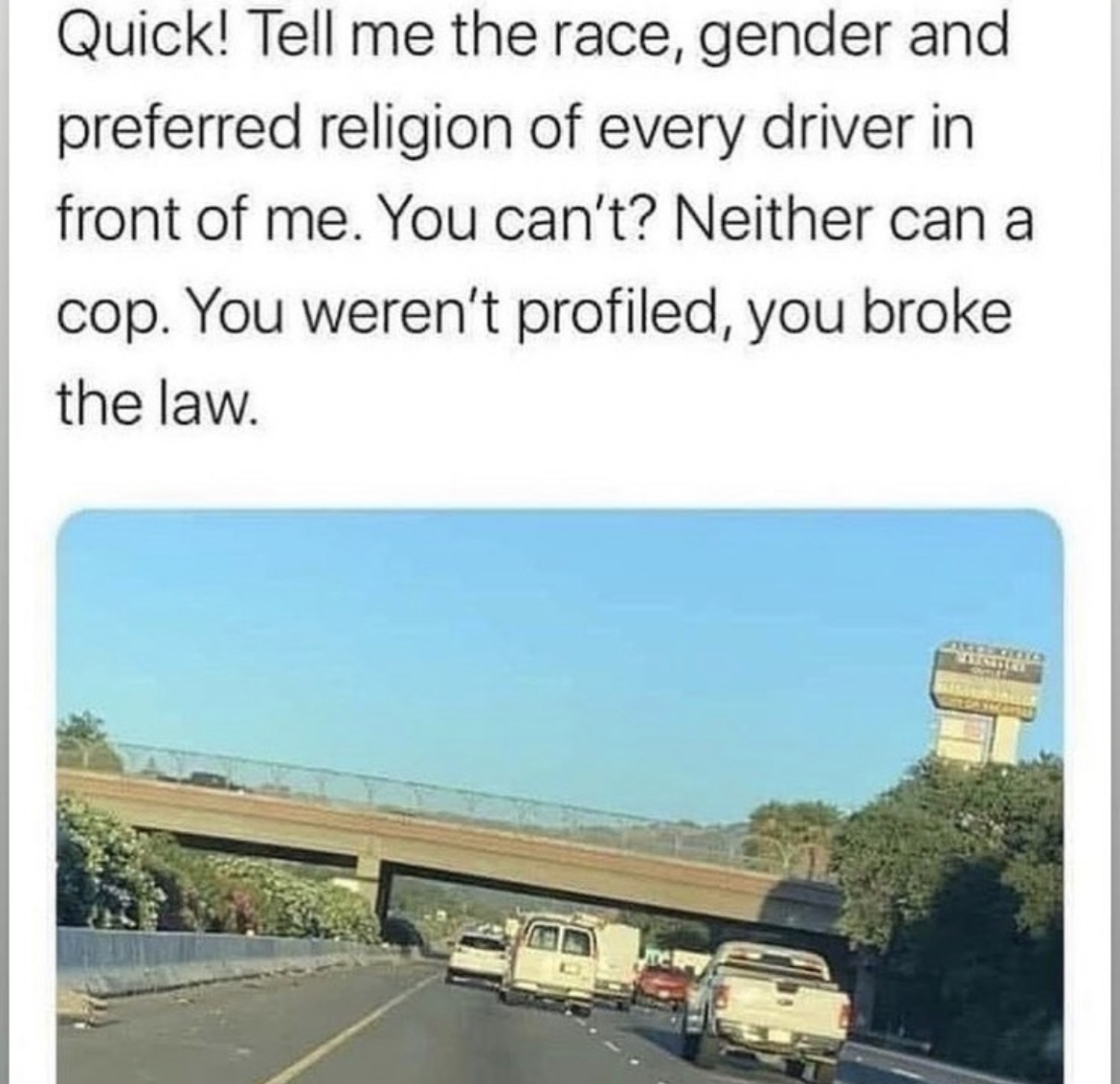 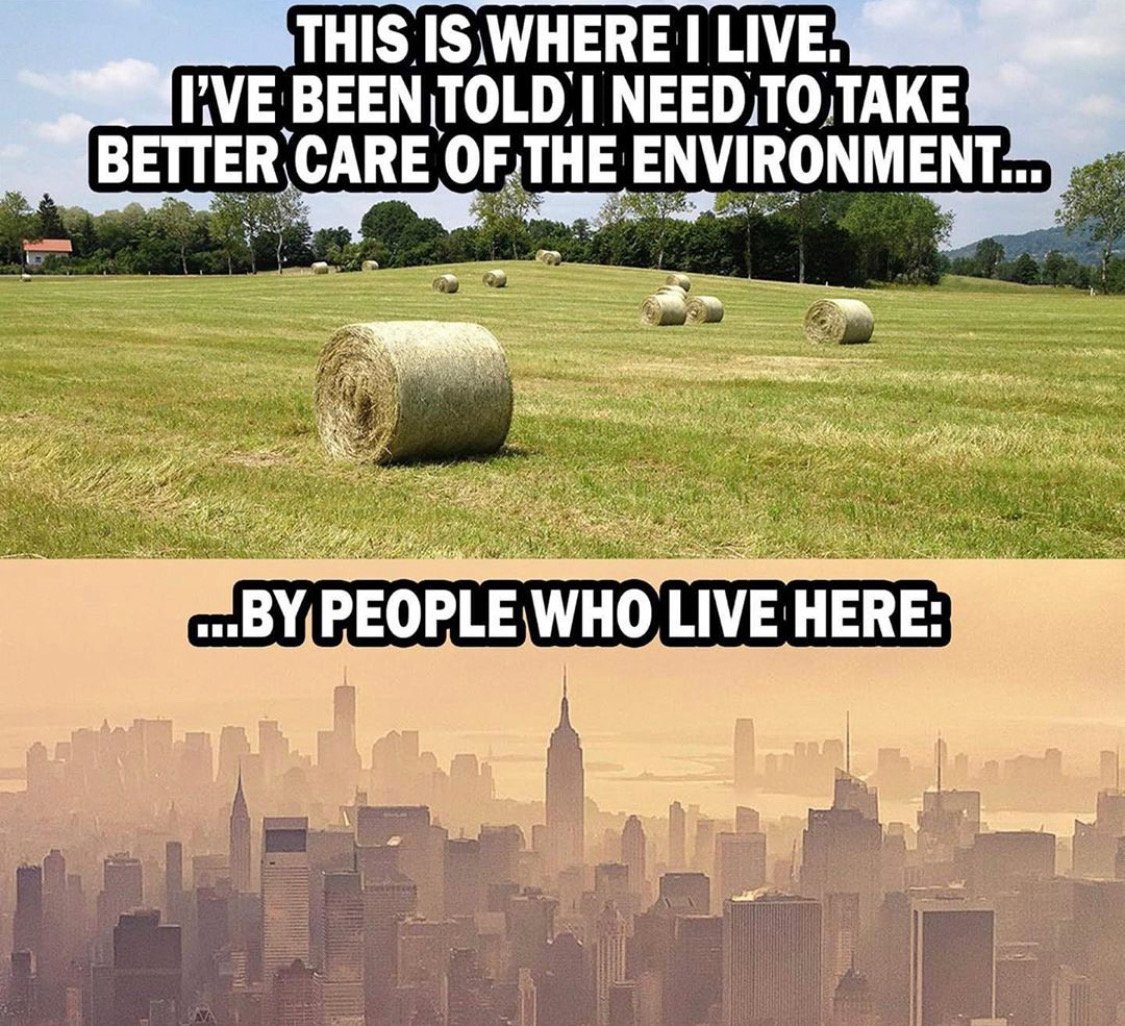 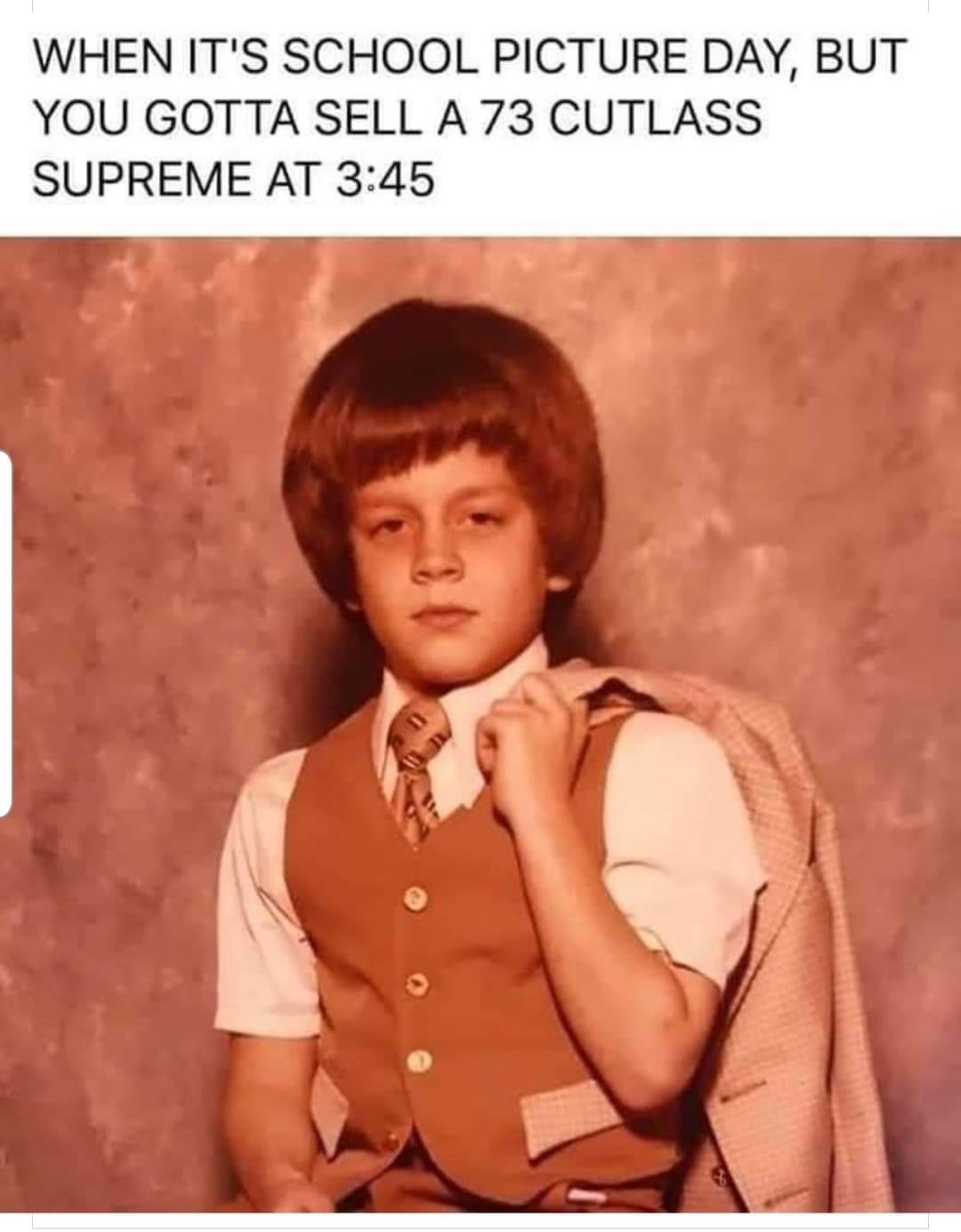 And check out this catch!

Went to church and witnessed a miracle! 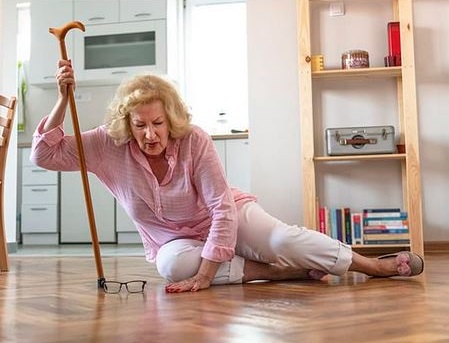 Mobility disability is the leading type of incapacity in the United States and a key contributor to a person’s loss of independence.

According to a recent study of 5,735 ambulatory women aged 63 years and older, one in four women over age 65 is unable to walk two blocks or climb a flight of stairs.

The study was conducted by a team of scientists led by Dr. Nicole Glass at the Herbert Wertheim School of Public Health and Human Longevity Science, University of California, San Diego. The study is published in JAMA Network Open, on February 1, 2021. (See a summary of the study here.)

The researchers followed the women (mean age, 78) for up to six years. Participants wore a research-grade accelerometer for seven days to obtain accurate measures of their physical activity.

The researchers found that even light-intensity physical activity, e.g., shopping or a casual walk, can protect mobility in older women. Those who spent the most amount of time doing such activities were 46% less likely to experience loss of mobility over a 6-year period.  While obese and non-obese women all reduced their risk of mobility disability, the benefit was strongest among women with a body mass index (BMI) of less than 30.

Exercise can be as simple as walking.

Walking requires no special equipment, other than a pair of good walking shoes. And it’s free. In fact, experts all say walking is one of the best exercises. Click here for what walking for just 20 minutes does to your body.

Here are 10 reasons why exercise is good for us:

(1) Regular aerobic exercise boosts your immune system so that your body better fights illness caused by viruses and bacteria, by:

(2) Regular exercise can reduce your risk of severe COVID-19. (CNBC)

(3) Exercise is good for diabetics (Type 2) by increasing insulin sensitivity and the body’s ability to use glucose as energy. As James G. Beckerman, MD, a cardiologist in Portland, Oregon, says: “In type 2, exercise helps improve insulin resistance. The end result is lower blood sugars.” (Everyday Health)

(5) Dancing (to music) can halt the progression of Parkinson’s disease, i.e., stop the disease from worsening. (Medical News Today)

(6) Exercise helps prevent you from falling by building your lower-body strength. See my post, “Test your balance!”

(7) Exercise is good for our mental health by keeping your brain healthy and protecting it against depression and anxiety (Neuroscience News). See also 8 ways exercise changes your brain (WebMD).

(8) Regular exercise reduces your risk of getting senile dementia, including Alzheimer’s (PubMed; WebMD).

(10) Exercise helps you live longer. Exercise is 1 of 3 habits of long-living people. (CNBC)

So put on your walking shoes, step outside, and WALK!

My guy is deployed right now, coming home Saturday. Then a couple weeks later deploying for another mission. Such is the military life…

Yet the homecomings are always the best!

MSG is why McDonald’s fries are so addictive 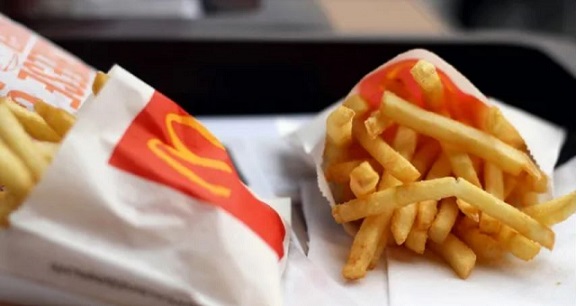 While wheat and milk aren’t bad ingredients (unless you have an intolerance), hydrolyzing them—in a process where heat and chemicals break down the foods and produce MSG, which achieves extra appetizing flavors—poses a threat to your tummy. Besides for weight gain and weird allergy-type reactions, MSG also increases appetite by inhibiting your brain from registering that you’re satiated. In fact, one study found that giving laboratory rats MSG increased their food intake by an extra 40 percent!

Monosodium glutamate (MSG) . . . is a seasoning made from sodium and glutamate, an amino acid that’s found naturally in certain foods like tomatoes, soy sauce, and aged cheeses. Glutamate was discovered as a flavor enhancer in 1908 by a Japanese professor. . . . Glutamate is unique because it hits the fabled “fifth taste” called umami (Japanese for “delicious”), a decidedly savory and meaty flavor. The professor filed for a patent to produce MSG, and it became widely used to season food. . . .

[I]n the 1990s, the FDA asked an independent scientific group to investigate. The group concluded that MSG is safe, though they said some sensitive people might get short-term symptoms (like headache or drowsiness) if they consume 3 grams or more of MSG (a typical serving in food is less than .5 grams).

The FDA classifies MSG as “generally recognized as safe”, the same designation that ingredients like sugar and baking soda have. They say the body metabolizes MSG the same way it does the natural glutamate found in food. Also of note: The International Headache Society no longer includes MSG on their list of headache triggers.