Forgiving others is good for our mental health

Studies have found evidence that forgiving another confers mental health benefits on us.

Now, those studies are confirmed by a longitudinal study, every two years since 1989, of 54,703 female nurses from 14 states.

Interestingly, the Nurses’ Health Study II survey specifically assessed forgiveness that was spiritually or religiously motivated, with the specification that “Because of my spiritual or religious beliefs, I have forgiven those who hurt me.” 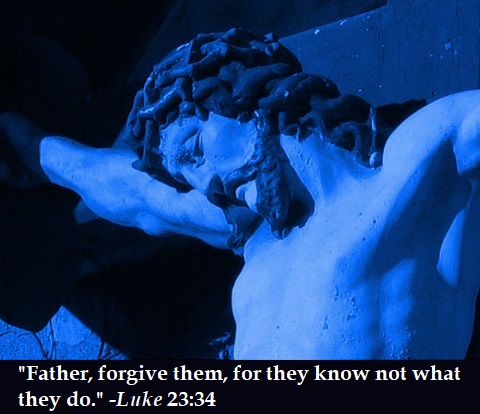 The study found that:

Led by epidemiologist Katelyn N. G. Long of the Harvard T.H. Chan Institute of Public Health, the study was published on October 1, 2020, in the journal, BMC Psychology.

Thank you Dr.E for this most meaningful and beautiful post. Also good for our spiritual life is to pray for your enemies, or pray for those who have hurt you; I always pray for the greatest good for such people, that they come to Our Lord Jesus Christ. This is especially helpful when a severe hurt has taken place. So, forgive and pray for them. Much love to you Dr.E.!

Look what not doing so did for Captain Ahab…

Absolutely. Captain Ahab in the novel MOBY DICK is a classic example of unforgiveness that led to Ahab’s madness. Unforgiveness led to revenge that led to the destruction of the crew and ship.

Unforgiveness can lead to mental and physical illness.

I know I posted about my forgiveness of a co-worker who done me wrong about a decade ago, @ FOTM, so I won’t rehash it here. But I will say that forgiveness did get rid of the anger issue I had with him, and what I probably didn’t realize, is that I also had the occasional bout of heartburn to deal with for a few years in which I had to be careful about the foods I ate – I don’t know if the two were tied together, it’s possible. I didn’t forgive the guy until 5-6 years later, while our relationship almost got back to the point where it used to be, I was OK with not being close to him anymore. I haven’t had heartburn in quite some time either.

So there’s something to be said about physical health as well.

The anger may have consumed me internally more than him, cause until I forgave him, it was always on my mind at work.

What a powerful testimony, Jackie Puppet.

Dr. Abraham Lowe (died c. 1936), an early acolyte of Freud, said in his book “Mental Health Through Will Training” that resentment is the “ENEMY NUMBER ONE” (his capital letters) of good mental health.

As I have said before, St. Maria Goretti is an excellent aide in this effort.

If we want God to forgive us of our sins, we have to forgive others. It is a process that takes time, but it begins with a decision. The end in mind is to have one’s slate wiped clean!