Madness: Coronavirus-vaccinated are ditching friends who refuse to be vaccinated

In March 2020, a Pew Research Center survey found that “white liberals” were more likely (46%) to have been diagnosed with a mental health condition compared with their moderate and conservatives peers.

The disparity was especially pronounced among young people, aged 18-19:

Disproportionately more Democrats or liberals have chosen to receive the COVID-19 vaccine of whatever manufacturer, none of which has gone through the usual protocol of human trials, which means we simply don’t know what the long term  effects of these vaccines are.

While I believe that everyone has and should have the freedom to decide whether they want to be vaccinated, have you noticed that those who are vaccinated are downright hostile toward people who decline to be vaccinated?

Some time ago, a Facebook friend (I have one friend on my fake Facebook account using an alias in order to access content that is only available if I have an account) posted that she was considering not getting the Covid vaccine and asked her friends (who number 1,650) if they would get vaccinated. I responded, pointing out that the vaccine’s long term effects are unknown. The reaction to my comment was one of fury (angry emoji) from others who were  incandescent rage at my pointing out a fact, a truth. If I had been their Facebook friends, I’m sure they would have unfriended me. Kate Mulvey is a free-lance UK journalist who regularly writes for The Telegraph. In an essay for The Telegraph on June 2, 2021, Mulvey related that when a “friend” said she declined the COVID-19 vaccine, Mulvey found herself “fuming” and “increasingly angry at those who refused to be vaxxed.”

Mulvey called those who refuse to be vaccinated “vaccine-dodging idiocy”. Applauding TV personalities (Countdown presenter Nick Hewer and Good Morning Britain host Adil Ray) who ditched friends who had decided not to have the Covid vaccine, Mulvey declared she too is “no longer seeing those friends who refuse to get jabbed.”

Here’s another example of their mental illness and irrationality.

A new study by German scientists at Munich University found that lockdowns had little effect on controlling the coronavirus pandemic. The statisticians found “no direct connection” between the German lockdown and falling infection rates in that on three occasions before a national lockdown was imposed in April, November and December 2020, infection rates had already begun to fall.

Notwithstanding the demonstrable ineffectiveness of lockdowns, a new Gallup survey found that as many as 71% of U.S. Democrats want healthy people to stay home “as much as possible,” even as vaccinations soar and new Covid infections have plummeted. In contrast, 87% of Republicans surveyed and 64% of independents said it was time for people to start living normally after more than a year of pandemic shutdowns and working from home.

Why in the world should healthy people stay home?
This Wuhan virus has exposed just how crazy some of these demorats really are. Insanity… 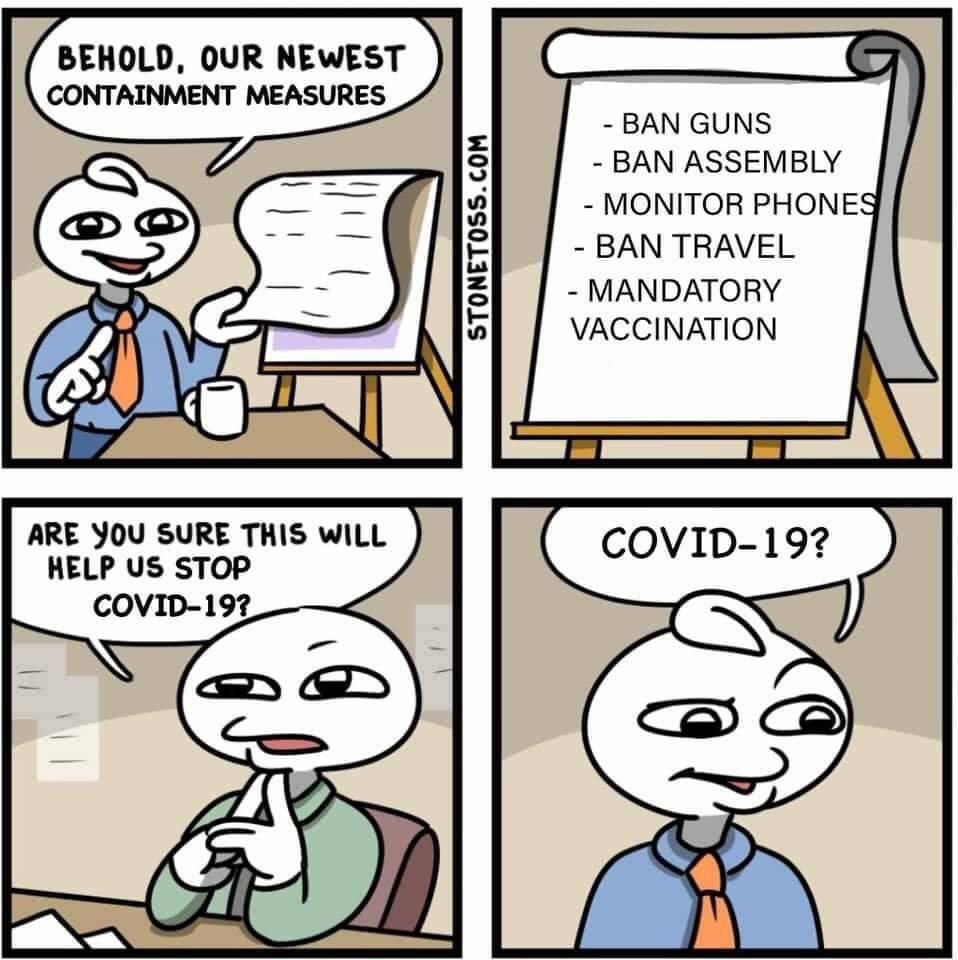 Thank you Dr,.E for this most interesting post. There is absolutely no reason for hostility for those individuals who choose not to be vaccinated; they have logical reasons and their choices should be respected. I also found noteworthy the statistics regarding mental health. (They are nevertheless supported by this “hostile” reaction from the left. 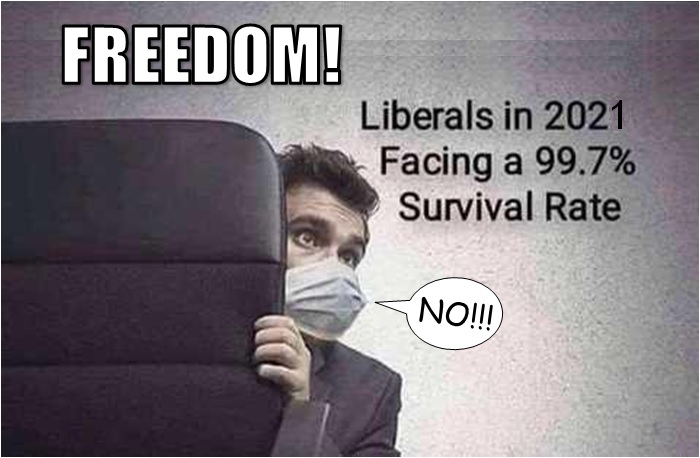 Liberals as a group have ALWAYS been Batshit Crazy-the Beer-Bug merely made it acceptable to let their Madness run wild. Regarding the Vaccine Snobbery-if you’re Vaccinated (Protected), why the Hell should it MATTER to you if those around you aren’t?

“If you’re vaccinated (protected), why the hell should it matter to you if those around you aren’t?”

Everybody knows misery loves company – and they want others to share in their misery!

Truck . . . you have hit on the most important aspect of this “do I take the vaccine or not” question. When people are mentally ill, they just cannot stomach the fact that someone else may not think like they do. Why indeed if you are vaccinated care if those around you were not vaccinated–after all “you are protected” even if they are not. It is rather goofy.

After pleading with mom earlier this spring NOT to get the shots, she went ahead and did anyway – she gets flu shots every year, and she gets sick from them, not caring that it’s the shots making her ill when I point it out to her.

Just after she went ahead and got hers, a couple friends I group text with (both of whom had stated previously they were NOT getting shots), started going on about how they got their appointments set up, got their shots, saying how they suffered little if no side effects, etc. After being emotionally exhausted from trying to stop my mom, I didn’t want to go through the same thing again, so I let them go on & on. It went on for a month before either one of them asked if I was alive, since I did not want to participate in the chat, mostly because I was afraid I was going to resort to criticizing them, calling ’em guinea pigs, just making the chat ugly.

I still haven’t responded, after almost a month now, and I might finally text, once Illinois goes into Phase 5, which opens up the state, though businesses may still impose their own restrictions.

Grocery/drug stores have quietly changed to allowing vaxxed customers to go without a mask, and “recommend” unvaxxed still wear a mask. Needless to say, I now identify as a “transvaxual”, meaning I act as if vaxxed, even though I’m not 😉 The sad thing is, about 90% still wear the mask, and you just know most of them already got their shots, but enjoy being sheeple.

I love the word “transvaxual.” I think if males can all of a sudden decide that they are female, or vice versa–them it seems quite proper that any of us can just decide that we are among the vaccinated.

I must admit, I was getting email after email from the health conglomerate that my doctor is associated with. Every email asking when I was going to get vaccinated. I was exhausted by dealing with their emails. Then one day the email of the day indicated that “if you have already had your vaccination, just indicate by checking this box.” I went ahead and checked the box, and haven’t heard a word from them since. I for one, am sick and tired of being hounded by my doctor’s office about getting a flu shot, a shingles shot, a pneumonia shot, a tetanus shot, etc. I have come to view this as a means of pandering “new business” for Big Pharma. All I can say is, “Thanks, but no thanks!”

I think there is little doubt but what the COVID-19 Plague was a most convenient method of controlling citizens not only in America, but around the world. People who have fallen in line with the “Progressive-New World Order” gang truly do suffer from mental illness . . . unfriending those who exercise their right to not take this experimental vaccine are hated because they just plain will not knuckle under. Liberals who are suffering from mental difficulties just cannot abide this. Frankly, I don’t think it’s a big loss, as I purposefully do not tend to hang out with libtards.