Governments in the U.S. and across the world are reacting with hysteria to alleged spikes in COVID-19 infections of the Delta variety, allegedly because of people who decline to be vaccinated, by re-imposing mask mandates and even lockdowns.

New Zealand’s socialist government, under the allegedly female prime minister Jacinda Ardern who, strangely, seems to have a penis, just re-imposed a lockdown of the entire country because of one single case of COVID-19; while the socialist Scottish government is actually pushing to make permanent its COVID emergency powers.

But the fact of the matter is that there are common, widely-available, and cheap drugs that are effective against the COVID-19 virus. See, for example, my post of August 15: “Ivermectin effective against COVID-19“.

Now comes medical news of another cheap drug that’s shown to be effective against COVID-19 — the anti-cholesterol drug, fenofibrate. 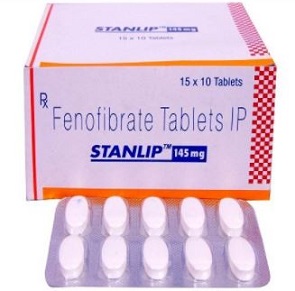 An international effort — involving scientists from Keele University and the University of Birmingham, both in the United Kingdom, and the San Raffaele Scientific Institute in Milan — has found that a drug that people formerly used to control cholesterol levels could be an effective treatment against COVID-19.

The results of the study will appear in the journal Frontiers in Pharmacology….

Scientists developed fenofibrate in the 1980sTrusted Source, and doctors used it widely [until statin came along] to control people’s cholesterol levels….

In laboratory experiments, the researchers found that fenofibrate destabilized the spike protein and inhibited binding to the ACE2Trusted Source membrane protein, through which the virus enters the cells.

The drug is effective against the Alpha and Beta variants of SARS-CoV-2, and the team is now investigating its effectiveness against the Delta variant.

Co-corresponding study author Dr. Farhat Khanim, director of research in the School of Biomedical Sciences at the University of Birmingham, tested the drug against the live virus. She was optimistic about its potential.

“We are cautiously very excited. We cannot lose sight of the fact that there are groups of patients at high risk, for whom the vaccine will not work,” she told MNT. “There is still an urgent need to expand our arsenal of drugs to treat SARS-CoV-2 […].”

The researchers then looked at how much virus infected cells released after treatment with fenofibrate in vitro. They found that there was a 60% reduction in viral release compared with untreated cells. Other drugs, such as statins, did not have a similar effect.

The viral reproduction and spread among cells are what causes the symptoms as the body tries to control the virus. A drug that reduces that viral release should prevent severe disease and hospitalization and reduce the risk of those with SARS-CoV-2 passing it on to others.

This is great news. My only fear is that the government WILL NOT allow the use of this medication because it was “not intended to help stop the COVID-19 virus or its deviants.”

That’s why I stocked up on some ivermectin & HCQ.

And if Sen “Little” Dicky Durbin (D-IL) has his way, supplements will soon require a prescription for purchase, if not an outright ban.

Thank you Dr.E for this informative post and for doing the research in this matterl

I’m glad Fenofibrate is not a statin as statins have some major negatives. Wow, Jacinda looks EXACTLY like Moochelle did in some of his dresses.

My son lived/worked in NZ for six years. He moved back to the states when Jacinda was elected or selected. NZ is a beautiful country, but he will never go back and he has his permanent residency.