Sunday Devotional: The power of prayer

Jesus said to his disciples:
“There will be signs in the sun, the moon, and the stars,
and on earth nations will be in dismay,
perplexed by the roaring of the sea and the waves.
People will die of fright
in anticipation of what is coming upon the world,
for the powers of the heavens will be shaken.
And then they will see the Son of Man
coming in a cloud with power and great glory.
But when these signs begin to happen,
stand erect and raise your heads
because your redemption is at hand.

“Beware that your hearts do not become drowsy
from carousing and drunkenness
and the anxieties of daily life,
and that day catch you by surprise like a trap.
For that day will assault everyone
who lives on the face of the earth.
Be vigilant at all times
and pray that you have the strength
to escape the tribulations that are imminent
and to stand before the Son of Man.” 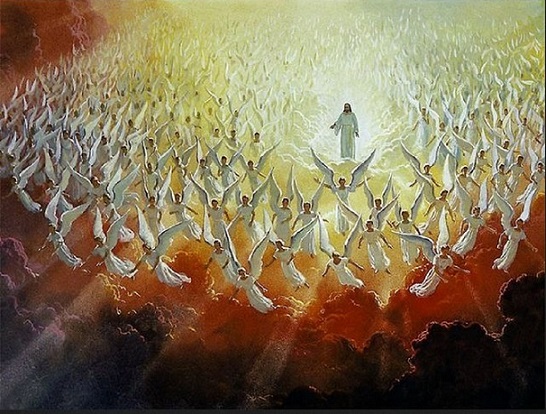 The word advent is an anglicized version of the Latin word adventus, which means “coming”.

Today is the first Sunday of Advent, a season observed by Christians as a time of expectant waiting and preparation for the celebration of the incarnation and birth of the Second Person of the Triune Godhead, and of His return — His coming — at the end of all things.

In today’s reading from Luke 21, Jesus, once again, warned about the end times, the timing of which, He stated in Mark 13:32, “no one knows, neither the angels in heaven, nor the Son, but only the Father.”

Since no one knows the precise day or hour of the last days, our Lord instructs us to “Be vigilant at all times and pray“. For that matter, in Luke 18:1, Jesus emphasized “the necessity” for us “to pray always without becoming weary.“

Being a loving God, what He counsels us to do turns out to be good for us (see “Neuroscience explains why gratitude is good for our health“).

Did you know these benefits of praying? —

Not only are we told to pray for ourselves, we should also pray for others.

Here are the reasons for intercessory prayer — petitioning God on behalf of and for the benefit of another, even those who have hurt us (“Pray for them which despitefully use you, and persecute you” – Matthew 5:44): 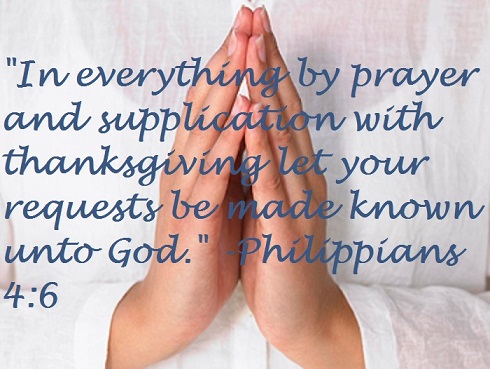 And remember, always, to tell God you love Him with your whole heart, your whole soul, your whole mind, and with all your strength.

May the peace and love of our Lord Jesus Christ be with you!

With all the benefits of prayer . . . why would we not wish to engage in this routinely?

Maybe someone here can help me. Couple years ago I read a passage in the New Testament, a warning not to pray for harm to come to others. I wanted to show it to someone, but could not find the passage. All I remember is it was not the first four gospels. Maybe I misunderstood, but I sure wish I could find that passage. Thanks for reading and have a blessed day.

Thank you Dr.E for this tremendously beautiful post! Prayer is our personal relationship with God. If we don’t pray, that relationship suffers. I suggest to pray the Morning Offering, where we offer God our prayers, works, joys and sufferings of each day. It is a wonderful way to be close to Our Lord, as well as our family in the Church Triumphant.

Entagor; you asked about scripture on no harm coming to your enemy and it is:

Matthew 5:44 But I say to you, Love your enemies and pray for those who persecute you,

Thanks for the link. I did not realize this lesson was in so many places. Reading the list it is very humbling.