Jeff Bezos (né Jorgensen) — the billionaire with odd-sized eyes, CEO and co-founder of the extremely lucrative Amazon.com, and owner of The Washington Post — recently announced that on July 20, he will travel to space on his company Blue Origin’s first passenger flight. The suborbital flight in the New Shepard will travel to an altitude of more than 340,000 feet. (Fox News) 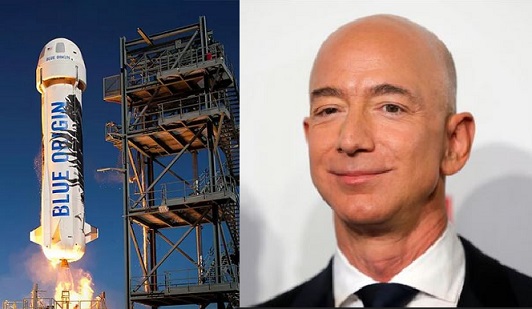 This is the same billionaire Bezos who:

The above, and more, no doubt prompted Jose Ortiz to create an online petition to deny Bezos’ space flight from returning to Earth.

The “Petition to Not Allow Jeff Bezos Re-Entry to Earth” says:

As of the writing of this post, the petition has garnered 17,008 signatures. To sign, go here. LOL