Posted on April 19, 2022 by DCG | Comments Off on Miracle: Teen missing for 3 years found 700 miles away shivering outside gas station

Kudos to the dispatcher for searching through the database of missing children.

Comments Off on Miracle: Teen missing for 3 years found 700 miles away shivering outside gas station 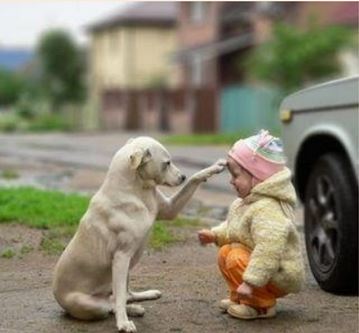 They literally save lives.

Pet dogs have prevented more than 100,000 people with autism from taking their own life, according to a new study.

Scientists from the University of Lincoln studied the relationship between people who have been diagnosed with autism spectrum disorder and their pet dog….

Six of the people in the study (16.7 per cent) said their dogs prevented them from ending their own lives. Around one in 100 people in the UK have autism, and a quarter of all adults own a dog.

Based on these assumptions, dog ownership would be responsible for preventing around 135,000 suicides among autistic adults in the UK alone, the researchers state in their study, published today in Scientific Reports….

The research team, which included visiting professor and TV personality Chris Packham, found close dog-owner interactions (cuddling, walking, being in the dog’s presence etc) were the activities most often linked to improving a person’s mood….

Ana Maria Barcelos, a PhD student at the university, led the research and told The Telegraph: “Around 17 per cent of our participants were thinking about suicide and because of the dog, they did not attempt suicide; they stopped themselves because of the dog.”

She added that the autistic dog owners felt it “wouldn’t be fair” of them to end their life and leave the dog behind because their pet loves them and they feel a sense of responsibility to look after the animal….

There was no impact of dog age or breed on its influence on a person’s happiness, the scientists say, as it was the indefatigable affection of which all dogs are capable which seems to be the most pivotal factor.