Sunday Devotional: King of the Universe

He is the image of the invisible God,
the firstborn of all creation.
For in him were created all things in heaven and on earth,
the visible and the invisible,
whether thrones or dominions or principalities or powers;
all things were created through him and for him.
He is before all things,
and in him all things hold together. 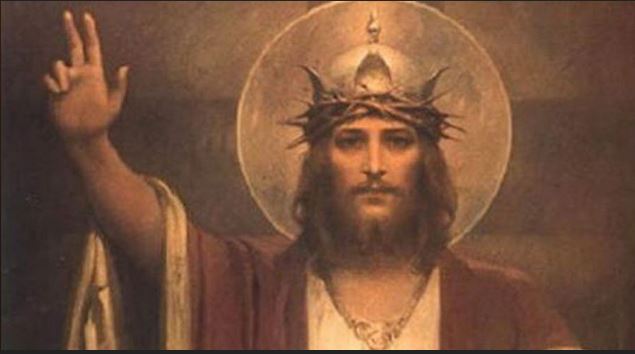 Today is the feast day of Our Lord Jesus Christ, King of the Universe!

As the visions during the night continued, I saw
one like a Son of man coming,
on the clouds of heaven;
when he reached the Ancient One
and was presented before him,
the one like a Son of man received dominion, glory, and kingship;
all peoples, nations, and languages serve him.
His dominion is an everlasting dominion
that shall not be taken away,
his kingship shall not be destroyed.

Our Lord Jesus Christ confirmed it.

Pilate said to Jesus,
“Are you the King of the Jews?”
Jesus answered, “Do you say this on your own
or have others told you about me?”
Pilate answered, “I am not a Jew, am I?
Your own nation and the chief priests handed you over to me.
What have you done?”
Jesus answered, “My kingdom does not belong to this world.
If my kingdom did belong to this world,
my attendants would be fighting
to keep me from being handed over to the Jews.
But as it is, my kingdom is not here.”
So Pilate said to him, “Then you are a king?”
Jesus answered, “You say I am a king.
For this I was born and for this I came into the world,
to testify to the truth.
Everyone who belongs to the truth listens to my voice.“ 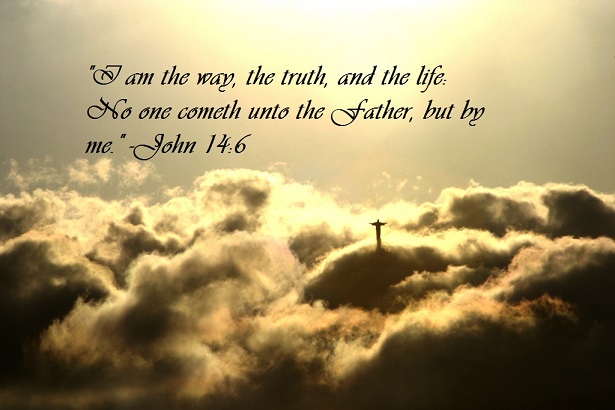 And we are told He will come again.

Jesus Christ is the faithful witness,
the firstborn of the dead and ruler of the kings of the earth.
To him who loves us and has freed us from our sins by his blood,
who has made us into a kingdom, priests for his God and Father,
to him be glory and power forever and ever. Amen.
Behold, he is coming amid the clouds,
and every eye will see him,
even those who pierced him.
All the peoples of the earth will lament him.
Yes. Amen.

“I am the Alpha and the Omega, ” says the Lord God,
“the one who is and who was and who is to come, the almighty.”

Tell the King of the Universe that you love Him with your whole heart, your whole soul, your whole mind, and with all your strength!

And may the joy and peace and love of our Lord Jesus Christ be with you,