Thanks goodness we don’t have these in Oklahoma! 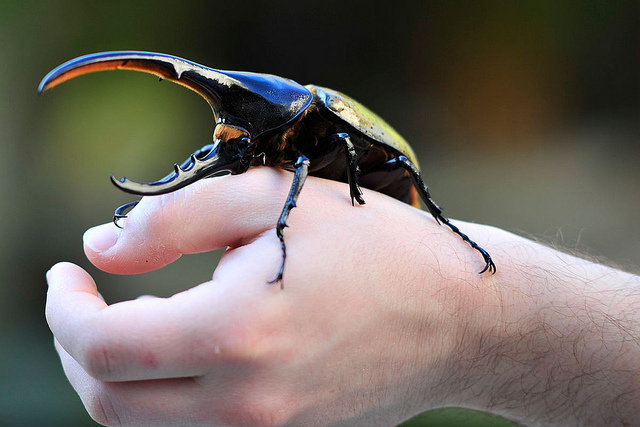 The Hercules Beetle is found in the rainforests of Central and South America and is one of the largest flying insects in the world. For obvious reasons, they are also known as the rhinoceros beetle.

Male Hercules beetles can be up to 7 inches in length, including the horns.  They can carry up to 100 times their body mass. And apparently some people keep Hercules beetles as pets! Hard pass on that for me…

Check this guy out: