Since many have undertaken to compile a narrative of the events
that have been fulfilled among us,
just as those who were eyewitnesses from the beginning
and ministers of the word have handed them down to us,
I too have decided,
after investigating everything accurately anew,
to write it down in an orderly sequence for you,
most excellent Theophilus,
so that you may realize the certainty of the teachings
you have received.

Jesus returned to Galilee in the power of the Spirit,
and news of him spread throughout the whole region.
He taught in their synagogues and was praised by all.

He came to Nazareth, where he had grown up,
and went according to his custom
into the synagogue on the sabbath day.
He stood up to read and was handed a scroll of the prophet Isaiah.
He unrolled the scroll and found the passage where it was written:
The Spirit of the Lord is upon me,
because he has anointed me
to bring glad tidings to the poor.
He has sent me to proclaim liberty to captives
and recovery of sight to the blind,
to let the oppressed go free,
and to proclaim a year acceptable to the Lord.
Rolling up the scroll, he handed it back to the attendant and sat down,
and the eyes of all in the synagogue looked intently at him.
He said to them,
“Today this Scripture passage is fulfilled in your hearing.” 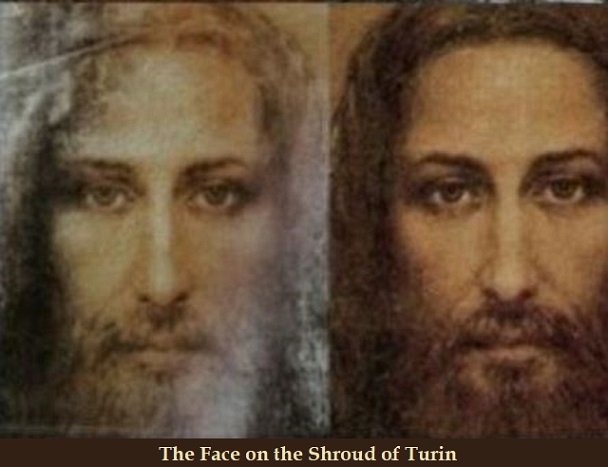 It is often said that belief in God and Christianity is a matter of faith, which the dictionary defines as “belief that is not based on proof”. By “proof” is meant not the proof of mathematics, but the “proof” of empirical evidence. And so, it is said that, with the grace from God, the believer takes a “leap of faith” across a cavern of lack of empirical evidence, to believe and trust in something intangible that’s incapable of being proved.

Though the existence of God and the assertion that God became man in the person of Jesus Christ cannot be 100-percent proven with empirical evidence –bearing in mind that there are no absolute, 100%-true knowledge in the empirical domain because we have not seen everything in the Universe — that does not mean an absence of evidence. There is also the matter of logic — the employment of reasoning, inference and sound judgment to ascertain truth or falsity.

Today’s Gospel reading from Luke 1 and 4 includes both empirical evidence and logic:

The account in Luke 4 continues that after reading the passage from the prophet Isaiah, Jesus said to “all in the synagogue” who were looking “intently at him”:

“Today this scripture passage is fulfilled in your hearing.”

C. S. Lewis, in a series of BBC radio talks later published as the book Mere Christianity (pp. 54-56), perfectly describes the choices available to us when confronted with Jesus’ startling assertion. Lewis said:

“A man who was merely a man and said the sort of things Jesus said…would either be a lunatic — on the level with the man who says he is a poached egg — or else he would be the Devil of Hell. You must make your choice. Either this man was, and is, the Son of God, or else a madman or something worse. You can shut him up for a fool, you can spit at him and kill him as a demon or you can fall at his feet and call him Lord and God, but let us not come with any patronizing nonsense about his being a great human teacher. He has not left that open to us. He did not intend to…. Now it seems to me obvious that He was neither a lunatic nor a fiend: and consequently, however strange or terrifying or unlikely it may seem, I have to accept the view that He was and is God.”

In stark terms, those are our choices. Jesus of Nazareth — whose life, words and deeds, including many miracles, were testified to by countless percipient eyewitnesses — was either (1) insane; (2) a pathological liar or evil; or (3) who he said he was — God.

With the available empirical evidence and employing our intellect and logical faculties, we should ask ourselves:

So, the next time someone sneers at your belief in Jesus being the Son of God, calling your belief a blind and irrational “leap of faith,” you can with confidence declare that your faith has the support of both (empirical) proof and logic. The atheist, however, is woefully deficient in both — a subject for a future discussion.

May the peace and love of Jesus Christ, our Lord, be with you,