I am reminding you, brothers and sisters,
of the gospel I preached to you,
which you indeed received and in which you also stand.
Through it you are also being saved,
if you hold fast to the word I preached to you,
unless you believed in vain.
For I handed on to you as of first importance what I also received:
that Christ died for our sins
in accordance with the Scriptures;
that he was buried;
that he was raised on the third day
in accordance with the Scriptures;
that he appeared to Cephas, then to the Twelve.
After that, Christ appeared to more
than five hundred brothers at once,
most of whom are still living,
though some have fallen asleep.
After that he appeared to James,
then to all the apostles.
Last of all, as to one born abnormally,
he appeared to me.
For I am the least of the apostles,
not fit to be called an apostle,
because I persecuted the church of God.
But by the grace of God I am what I am,
and his grace to me has not been ineffective.
Indeed, I have toiled harder than all of them;
not I, however, but the grace of God that is with me.
Therefore, whether it be I or they,
so we preach and so you believed. 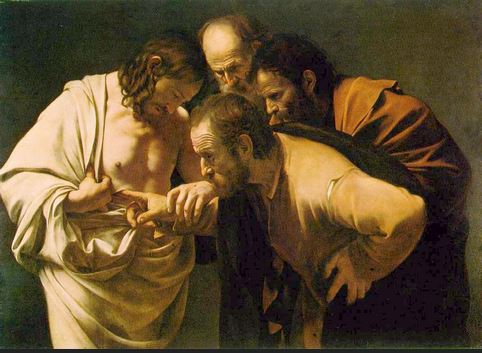 Two Sundays ago, in my post, “Sunday Devotional: Faith, Evidence and Logic,” I made the case for Christian belief not based exclusively on faith, but also on empirical evidence and logical reasoning.

The empirical evidence for Christianity includes the testimonies of percipient witnesses, which are critical to the determination of truth in law. A “percipient witness” is defined by Nolo’s Plain-English Law Dictionary as “A witness who testifies about things she or he actually perceived. For example, an eyewitness.”

Today’s second reading from St. Paul’s letter to the Corinthians is yet another example of percipient witnesses — eyewitnesses of the resurrected Jesus of Nazareth who, on one occasion, numbered more than 500 people.

Those percipient witnesses told others (“so we preach”) about the resurrected Christ whom they had seen with their very eyes and heard with their very ears. Their first-person testimonies were so powerful that others were convinced of their veracity (“so you believed”).

[F]or me…the Jesus of this story has come to mean…recognizing the story to be grounded in the witness of the Spirit, in the testimonies of saints and martyrs, and in my own life experience…. I think of the story…not as the place where I look for Jesus but as the place where he finds me.

May the love and peace of Our Lord Jesus Christ be with you,