Sunday Devotional: Our bodies are a temple of the Holy Spirit

The LORD came down in the cloud and spoke to Moses.
Taking some of the spirit that was on Moses,
the LORD bestowed it on the seventy elders;
and as the spirit came to rest on them, they prophesied.

Now two men, one named Eldad and the other Medad,
were not in the gathering but had been left in the camp.
They too had been on the list, but had not gone out to the tent;
yet the spirit came to rest on them also,
and they prophesied in the camp.
So, when a young man quickly told Moses,
“Eldad and Medad are prophesying in the camp, “
Joshua, son of Nun, who from his youth had been Moses’ aide, said,
“Moses, my lord, stop them.”
But Moses answered him,
“Are you jealous for my sake?
Would that all the people of the LORD were prophets!
Would that the LORD might bestow his spirit on them all!“ 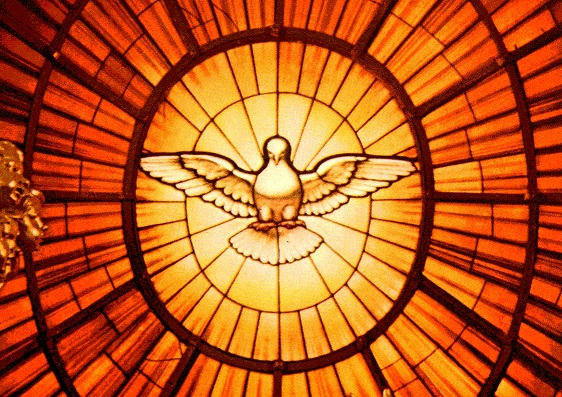 As you just read in the above passage from the Old Testament‘s Book of Numbers 11, also known as the Fourth Book of Moses, the bestowing or conferring of the Spirit of God was a rare and special favor granted to very few.

But the Second Person of the Triune Godhead so loves us that not only did He become incarnate for the express purpose of sacrificing Himself as recompense for the cataclysmic sin of Adam and Eve so that we can be redeemed, Jesus the Christ also ensured that we would not be abandoned by His departure. As it is recounted in John 14:19, 18, 16-17, Jesus told His apostles;

“[T]the world will not see me anymore…
I will not leave you as orphans;
I will come to you.
And I will ask the Father,
and He will give you another advocate
to help you and be with you forever….”

So what do we have to do for the gift of the Spirit of God?

Then Peter said to them,
“Repent and be baptized,
every one of you in the name of Jesus Christ
for the forgiveness of your sins,
and you shall receive the gift of the Holy Spirit.”

For the baptized, our bodies literally are the hosts — the temple — of the Holy Spirit. As St. Paul reminds us in 1 Corinthians 6:19:

Or do you not know that your body
is the temple of the Holy Spirit
who is in you,
whom you have from God,
and you are not your own?

We, therefore, should treat our bodies with respect by not abusing it with drugs, alcohol, gluttony and sloth, and by taking good care of it with nutritious food, exercise, rest and sleep. Most importantly, as St. Paul counsels us in Romans 6:13:

Do not let any part of your body
become an instrument of evil to serve sin.
Instead, give yourselves completely to God,
for you were dead, but now you have new life.
So use your whole body as an instrument
to do what is right for the glory of God.

Thank God for the gift of the Holy Spirit, and tell Him you love Him with your whole heart, your whole soul, your whole mind, and with all your strength.

And may the peace and love of our Lord Jesus Christ be with you!

Sunday Devotional: Whoever believes in me, even if he dies, will live

Now a man was ill, Lazarus from Bethany,
the village of Mary and her sister Martha.
Mary was the one who had anointed the Lord with perfumed oil
and dried his feet with her hair;
it was her brother Lazarus who was ill….
Now Jesus loved Martha and her sister and Lazarus.
So when he heard that he was ill,
he remained for two days in the place where he was.
Then after this he said to his disciples,
“Let us go back to Judea.”
The disciples said to him,
“Rabbi, the Jews were just trying to stone you,
and you want to go back there?”….
He said this, and then told them,
“Our friend Lazarus is asleep,
but I am going to awaken him.”….
When Jesus arrived, he found that Lazarus
had already been in the tomb for four days….
Jesus told her,
“I am the resurrection and the life;
whoever believes in me, even if he dies, will live,
and everyone who lives and believes in me will never die.
Do you believe this?”
She said to him, “Yes, Lord.
I have come to believe that you are the Christ, the Son of God,
the one who is coming into the world.”….
When Mary came to where Jesus was and saw him,
she fell at his feet and said to him,
“Lord, if you had been here,
my brother would not have died.”
When Jesus saw her weeping and the Jews who had come with her weeping,
he became perturbed and deeply troubled, and said,
“Where have you laid him?”
They said to him, “Sir, come and see.”
And Jesus wept….
So Jesus, perturbed again, came to the tomb.
It was a cave, and a stone lay across it.
Jesus said, “Take away the stone.”
Martha, the dead man’s sister, said to him,
“Lord, by now there will be a stench;
he has been dead for four days.”
Jesus said to her,
“Did I not tell you that if you believe
you will see the glory of God?”
So they took away the stone.
And Jesus raised his eyes and said,

“Father, I thank you for hearing me.
I know that you always hear me;
but because of the crowd here I have said this,
that they may believe that you sent me.”
And when he had said this,
He cried out in a loud voice,
“Lazarus, come out!”
The dead man came out,
tied hand and foot with burial bands,
and his face was wrapped in a cloth.
So Jesus said to them,
“Untie him and let him go.”

Did you know that physicists have discovered the equivalent of the soul, i.e., something that endures after the death of our bodies?

Renowned British physicist Sir Roger Penrose and other physicists believe that human consciousness is something ineffable that’s “beyond the computational laws of physics,” and that our consciousness is “a packet of information” that’s stored at a quantum or sub-atomic level in microtubules within human cells. When a person dies, his or her quantum information (or consciousness) leaves the body and is released into the universe, only to return to the body’s cells if the host is brought back to life. Penrose argues that this explains why people can have near-death experiences, and believes that this quantum information amounts to a soul leaving the body. He said:

“”If the patient dies, it’s possible that this quantum information can exist outside the body, perhaps indefinitely, as a soul.”

As reported by Australia’s News.com on Oct. 31, 2012, Penrose and Dr. Stuart Hameroff, Professor Emeritus at the Departments of Anesthesiology and Psychology and Director of the Center of Consciousness Studies at the University of Arizona, developed a quantum theory of consciousness asserting that our souls are contained inside structures called microtubules within our brain cells. Our experience of consciousness is the result of quantum gravity effects inside these microtubules — a process they call orchestrated objective reduction (Orch-OR). In a near-death experience the microtubules lose their quantum state, but the information within them is not destroyed. Or in layman’s terms, the soul does not die but returns to the universe.

In the documentary Through the Wormhole, Dr. Hameroff explains: