In living creatures, senescence or aging is governed by an internal biological clock.

But according to new research by two dendrochronologists* — Professors Franco Biondi of the University of Nevada, Reno, and Gianluca Piovesan of the University of Tuscia, Italy — the “cambium,” which is the growth tissue area between a tree’s bark and wood, appears immune to aging.

Theoretically then, trees can live forever in that they are not subject to genetically programmed age deterioration, but rather are killed by an external agent, such as human logging and diseases (bacteria, viruses, fungi), or by a disturbance event, such as a wildfire or drought. 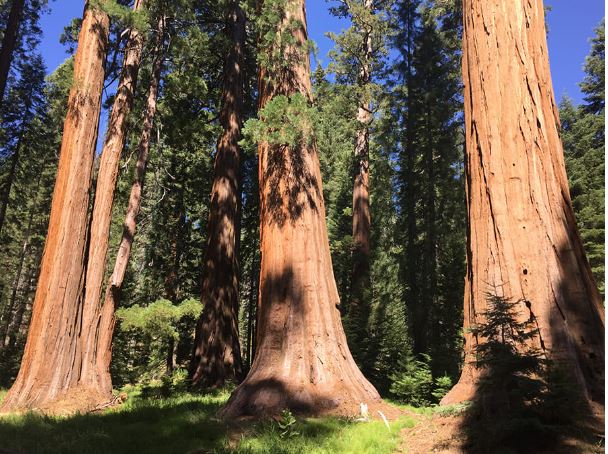 Giant sequoias are the third longest-lived tree species with one of the oldest known specimens to have been at least 3,220 years old in the Converse Basin Grove of Giant Sequoia National Monument in the Sierra Nevada of California.

As reported by Mike Wolterbeek for Nevada Today, November 15, 2021, Biondi and Piovesan’s findings are published in the August edition of New Phytologist.

Biondi says capacity to exceed 2,000 years of age has been demonstrated for six types of conifer trees, including types of juniper, sequoia, cypress and pine.