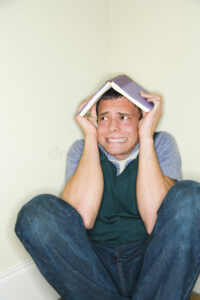 You just can’t make this stuff up.

Fox News writer Emma Colton reported Tuesday (Oct. 19) that a student at Oberlin College in Ohio had described being “scared” and “angry” after the school announced a work crew would be installing radiators in a “safe space” dormitory for women and transgendered students, explaining the crew would likely be “cisgender men.”

I had never encountered this word, most likely because it was not added to Webster’s lexicon until 2015. I looked it up. Turns out that a “cisgender man” is one who is born male and retains his male identity throughout his life. This of course, identifies practically every man on the planet.

“I was angry, scared, and confused. Why didn’t the College complete the installation over the summer, when the building was empty? Why couldn’t they tell us precisely when the workers would be there? Why were they only notifying us the day before the installation was due to begin?” Oberlin student Peter Fray-Witzer wrote in an op-ed published in the college newspaper on Friday.

The student said he grew concerned because he had not heard of the installation plans before a school email was sent on Oct. 7. He explained that the crew would likely be cisgender men entering Baldwin Cottage, which is home to a “safe space” for “women and transgendered persons.”

“In general, I am very averse to people entering my personal space. This anxiety was compounded by the fact that the crew would be strangers, and they were more than likely to be cisgender men.”

The work crew eventually showed up at the dorm, and Fray-Witzer described that he saw “immediately that they were all men. “”It was clear that the College had not made a special request that male workers not be allowed onto the upper floors of Baldwin,” the student continued.

Fray-Witzer asked a representative of the college – who he called “Polo Man” because he was wearing a “neat polo” – who accompanied the crew if he could reject getting the radiator installed. The college emissary apparently said no, and the student left for class to allow the work crew to make the dorm improvements.

“By the time I had come back, they appeared to be done, though Polo Man warned me that they would return later in the week to check the insulation. Sure enough, they were back the next day. I felt mildly violated and a little peeved.”
Fray-Witzer said he asked how other students in the dorm felt about the work crew, with many complaining about messes, noise, and other typical complaints that accompany construction projects. Others noted that they didn’t feel comfortable with how the school handled the installation.

“I understand, of course, that installations like this are routine; the College needs to improve its facilities occasionally, and who am I to stand in the way of that? After all, I get a brand-spanking-new radiator, right in time for the cold weather. But why not finish the project during the four months of the summer semester, when the building was unoccupied?”

Oberlin’s press office did not immediately respond to Fox News’s request for comment on the matter. 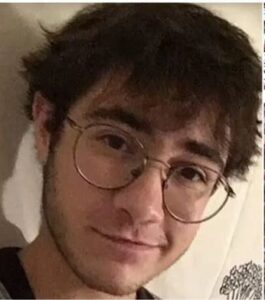 This is so ridiculous, it is funny — almost.

Imagine what will become of Peter Fray-Witzer, that “scared” and “angry” snowflake student, when he leaves the cocoon of Oberlin College and enters the real world. Cringe.

I’d like to see that-let me know when that’ll happen. I’ll bring the beer and popcorn…..

In the streets carrying blm signs and screaming for social equality or dressed in antifa black setting buildings on fire.

So education has created a bunch of Lily livered weak kneed men and women who will never be able to tolerate life without the gubmint’s help. How special. Good grief…Anything to destroy strong males, especially those who are white.

Yup – a cuck if there ever was one!

Never heard of cisgender until a couple years ago.

These freaks can’t handle anything normal, the way things are supposed to be.

So-is this-character,a guy,a girl or an it? Does it scare the crap outta anyone else that THIS is supposed to be America’s “Youngest and Brightest,America’s FUTURE”?

I find his “thought process” rather appalling. When we think of the men who raised the American flag on Iwo Jima–could you even begin to think of someone like him, so easily frightened,as cowed . . . how could we possibly have won World War II with “men” of this persuasion? I find it to be profoundly sad.

Frankly, I find this man’s “opinion’s” to be flabbergasting. Thankfully, he is among the minority among man here in my world.

This might sound a little odd, but I’m glad my parents & grandparents passed on & don’t have to see what’s become of this country’s coming generations. They would never recognize USA today, & they’ve only been gone fairly recently….2 of them for just enough time for Peter Fay-Witzer to attain college-age, & others within the last 5 yrs. We’re talking the WW II & Great Depression generations, who went through hell-fire as proud & brave Americans, who made their ways to raise decent & accomplished families thru’ so many deficits/troubles, none of their own making. I think the same thing about myself sometimes when I consider what life is going to be like when a Communist country dominates us & the rest of the world thru’ terror, military power, & economic might….esp. thru’ enslaving its own citizens to create the means to do so…..OR the other alternative—when Bernie Sanders & his ilk (his “squad upheld by know-nothing O’Biden) irrevocably & “fundamentally transform” our country into a Marxist/Socialist State. If the Peter (above) is any clue, we won’t have enough sturdy men & women to stand against threat, let alone go out/work in the REAL world. They will roll over for a $100/mo. living stipend & a box of cereal in their “brave new world.” And then I think, “Well, I’ll probably be dead by then, thank God.”