Today, March 29, would have been Dave’s 57th birthday.

Dave was a reader of Fellowship of the Minds from almost the founding of FOTM on December 23, 2009, and became a contributing writer soon after.

A civil engineer in mapping and land-surveying by profession, Dave was a staunch conservative-libertarian and had a great sense of humor.

Although his contributions to FOTM had greatly diminished in recent years because of ill health, this post of his, “Too Funny Not to Share,” on September 23, 2019, should give you an idea of both his conservativism and sense of humor:

What happens when a climate change protester kook tries to take away a French cop’s weapon:

Note: You have to click on the link at the top.

I downloaded the GIF, then uploaded it to FOTM to make it more readily viewable for our readers:

Last year, it dawned on me that I had not seen comments from Dave for quite some time — his last comment was in March 2020.

I first emailed him, but received no response.

Then I called him, and left a voice mail. (He lived alone.)

Days and weeks went by.

I began searching online for obituaries, but found none.

Finally, while rummaging through my saved emails one day, I happened on an email from Dave’s sister-in-law, Kristy, who had emailed me in December 2013 during one of Dave’s hospitalizations.

I emailed Kristy, inquiring about Dave, although by then I knew something was very wrong.

Kristy promptly wrote back with the sad news that Dave had passed on June 9, 2020 from liver failure. She wrote:

He was in terrible health and had stayed away from the hospital because he was afraid he’d get Covid. I believe he’d still be alive today if he had been able to get his routine care. He passed away on the couch and we had spoken with him just a day earlier. He knew he was loved and we miss him terribly.

There was no funeral service because of the COVID-19 pandemic. Nor was there an obituary. So this is FOTM‘s obituary and tribute to Dave — faithful patriot, witty blogger, and a loyal friend, whom I very much miss. 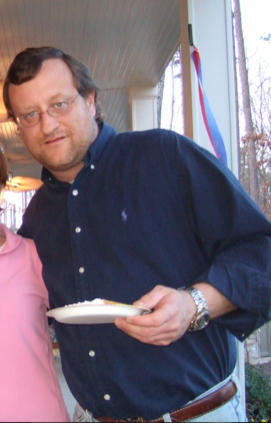 Rest in peace, my friend.

This entry was posted in COVID-19 and tagged Dave of Fellowship of the Minds. Bookmark the permalink.
5 3 votes
Article Rating
Subscribe
Login
10 Comments
Oldest
Newest Most Voted
Inline Feedbacks
View all comments

Thank you so much Dr. E for keeping us connected through these unusual times. Your tribute to Dave is touching, and your outreach is, as usual, heroic, a thread that binds us together as we wade through circumstance, many of us on our own, as required by individual requirements of the times. Love and prayers to Dave’s family and friends. He and his voice will be missed.

I’m very sorry to hear about Dave. He was witty and made me think. R.I.P., Dave, and I hope to meet you on the other side.

Steven, I so much appreciate your comment “I hope to meet you on the other side,” that is most profound . . . and I certainly agree with that.

Thanks DrE for this fitting tribute to a wonderful man. It is heartening to think that there will be a day when we may be permitted to “meet in person” on the other side. What joy that will bring.

God bless you Dave, and may you rest in peace.

Dave always had a great sense of humor (a dry one). Miss him greatly.

Thank you Dr. E for sharing this with us. I will pray for him.

I’ve had this purgatory prayer card for many years now. I don’t really need it because I’ve memorized it from saying it so much. I’ll say it for Dave. God bless.