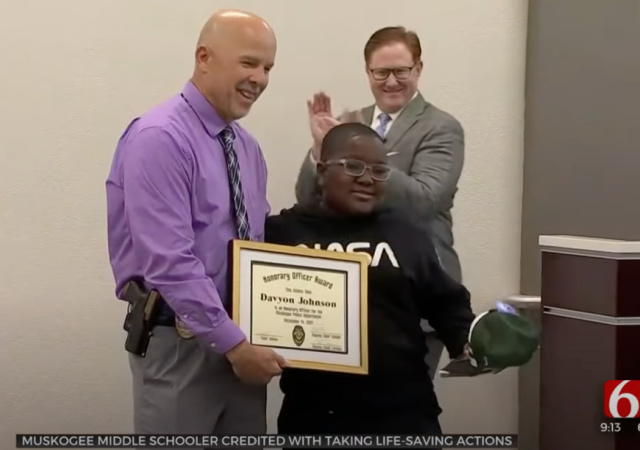 What a remarkable boy!
Davyon Johnson, you’ve given me hope for America.

He has to have some great parents! Bless this child!

Good kid! Always good to hear somebody had a head on his shoulders in these days,

I saw this on the news early today. Thank goodness for this child and for the GOOD NEWS reported SOME days. 🙂

Thank you DCG for this inspiring post. He is such a courageous and brave young man! May Our Lord bless him during this holy Christmas season.