Is Your Cat a Psychopath? Probably 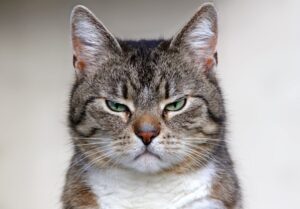 One of our cats is sitting directly behind me as I type this, screaming at the back of my head for reasons that only he knows. When he’s bored with that, he’ll stalk our other cat like prey while she tries to use the litter box. He regularly makes guests uncomfortable with prolonged, almost alien eye contact. He is undoubtedly a demon, but according to the findings in a recently published study, he may also meet the description of a cat psychopath.

A team of researchers at the University of Liverpool and Liverpool John Moores University in the UK devised a survey for cat owners to find out if the hellions living with them fit the bill for cat psychopathy. They wrote a survey that includes questions like: “My cat vocalizes loudly (e.g., meows, yowls) for no apparent reason,” “My cat runs around the house for no apparent reason,” and “My cat does not appear to act guilty after misbehaving.”

The researchers used the answers to these questions given by 549 cat owners who completed the survey to create a new criteria for psychopathy in cats. They started with the “triarchic” concept of psychopathy, where levels of boldness, meanness, and disinhibition have been used to measure psychopathy in humans. These three traits also emerged as factors that lead toward a psychopathic cat, the researchers wrote, but two more factors also arose: human-unfriendliness and pet-unfriendliness. They named this new method of measuring psychopathic cats the Cat Triarchic Plus (CAT-Tri+).

“Our cats and the differences in their personalities inspired us to start this research,” Rebecca Evans, one of the researchers on the study, told Motherboard. “Personally, I am also interested in how owner perceptions of psychopathy in their cat can affect the cat-owner relationship. My cat (Gumball) scores relatively highly on the disinhibition scale—which means he can be quite vocal, proximity-seeking and excitable!”

Minna Lyons, another of the study’s authors, told Motherboard that they are all “crazy cat ladies” who among them study primates, rodents, and psychopathy in humans. “We decided to join our forces and see if psychopathy is something that is relevant in our feline friends too,” she said. “My personal inspiration is my cat Axel, a fluffy and greedy little creature.” Axel participated in a part of the study that assigned activity trackers to some cats, to watch how they move about their days. “Axel is totally bold, and known to go into neighbors’ houses, cars, and garages to search for food,” Lyons said—a sign of a feline psychopath.

All of this sounds like normal cat stuff, which the researchers told me may just be the case; it’s likely that all cats have an element of psychopathy, as humans understand it, they said, as these traits make good sense for their wild ancestors whose main goals were securing food, territory, and mates. They don’t make a lot of sense in a small Brooklyn apartment where kibbles are doled out on a schedule, so to us, zooming up walls and body slamming other pets seems unhinged. 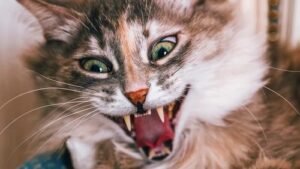 See the many creatures that use a wildlife “highway”

From Voyageurs Wolf Project comes a video that shows a beaver dam in northern Minnesota and the many wildlife creatures that use the dam as a “highway.”

From the video description:

“This video is a compilation of the wildlife that crossed a beaver dam just south of Voyageurs National Park from March 2019-April 2020. This video was literally a year in the making!

Beaver dams can be wildlife highways in boreal environments like the Greater Voyageurs Ecosystem, allowing all sorts of wildlife to easily cross wetland habitats which might be otherwise difficult to get across.”

Now that winter is over (hopefully) and spring weather is knocking on our door, it’s time to get out and visit nature and all of God’s creations!

Here in Oklahoma we have a wild refuge that is home to many creatures: American bison, deer, Texas longhorns, otter (that surprised me!), and of course prairie dogs. Here’s some photos from our last visit: 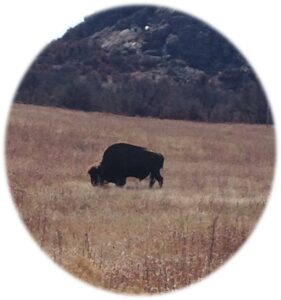 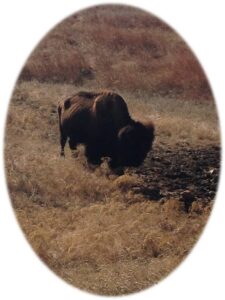 Some people exited their vehicles to take pictures of the bison. We did not! 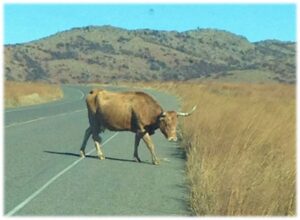 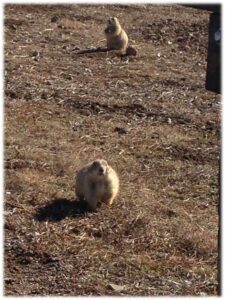 Prairie dogs coming up real close to us!

The prairie dogs were not shy around humans at all and were so cute! Did you know that the largest-ever prairie colony in the US covered over 25,000 square miles in the Texas Panhandle? It was home to more than 400 million prairie dogs in the early 1900s! Read about that “dog town” here.

Here’s a video from the American Prairie Reserve that highlights how prairie dogs are an important part of the ecosystem:

An important resource for bird wildlife and the soul: Set out a bird bath

For several years we set up a bird bath in our backyard. In Oklahoma we have a variety of birds including Cardinals, Doves, Bluejays, Chickadees, etc. It was so peaceful to watch the birds bathing and drinking. They especially enjoyed cooling off on a hot Oklahoma summer day!

Alas, we adopted two abandoned neighborhood cats who are excellent hunters so no more bird bath (or feeders) in our yard.

Yet if you have the means and an opportunity to do so, I would highly recommend including a bird bath in your yard. You can enjoy the bird sightings (and sounds) from your patio,  and interact with wildlife while providing a much needed water resource for birds!

There are many resources available on the web on how to set up a bird bath. Some basics:

The lower a bird bath is to the ground, the more likely birds are to use it. Keep the bird bath in some shade, if possible, so water stays cool during sunny days. Birds also like to to hop up to a tree branch so they can “preen” and clean after a bath.

Water in the bird bath should be shallow (around two inches) so they can splash around safely and wade in it. Most important: Keep the bath water clean and fresh by changing the water every day or two.

Here’s a few other tips: